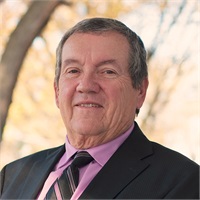 Dave Middaugh is a native of Bismarck, ND. Dave entered the insurance business in 1970 where he progressed from agent to manager and then as an agent trainer. In 1980, Dave founded Middaugh and Associates, Inc., specializing in corporate insurance planning and employee benefits.

Dave earned his Chartered Life Underwriter (CLU) designation in 1977 and in 1993 earned credentials as an Accredited Estate Planner (AEP). He has qualified for the Million Dollar Round Table every year since 1976 and went on to qualify for the Top of the Table honors in 1997, 2000 and 2005, being recognized as one of the top 600 agents worldwide.

Dave has been active in his professional association, having served as President for the Fargo-Moorhead’s chapter of the National Association of Insurance and Financial Advisors (NAIFA). He also served the ND State NAIFA for many years, was state president in 1981 and was selected as the Man of the Year. In 1993, Dave was selected as state chair for the NAIFA political action committee (NAIFAPAC); in 1997 he became one of six regional chairs. In 1999, he became the National Vice Chair of NAIFAPAC, one of the largest political action committees in America. He took over as National Chair in 2001 and served until 2002. In 2009, Dave was appointed National Chair of the NAIFA Political Involvement Committee, serving until 2010.

Dave and his wife, Sue, have been married since 1970 and have lived in Fargo since then. They have two children: Kari, an attorney who lives in Oslo, Norway with her husband, and Jason, who, along with his wife, Ericka, joined Middaugh Benefits Consulting in May 1998. When Dave isn’t working or attending meetings for his organizations, he enjoys golf.